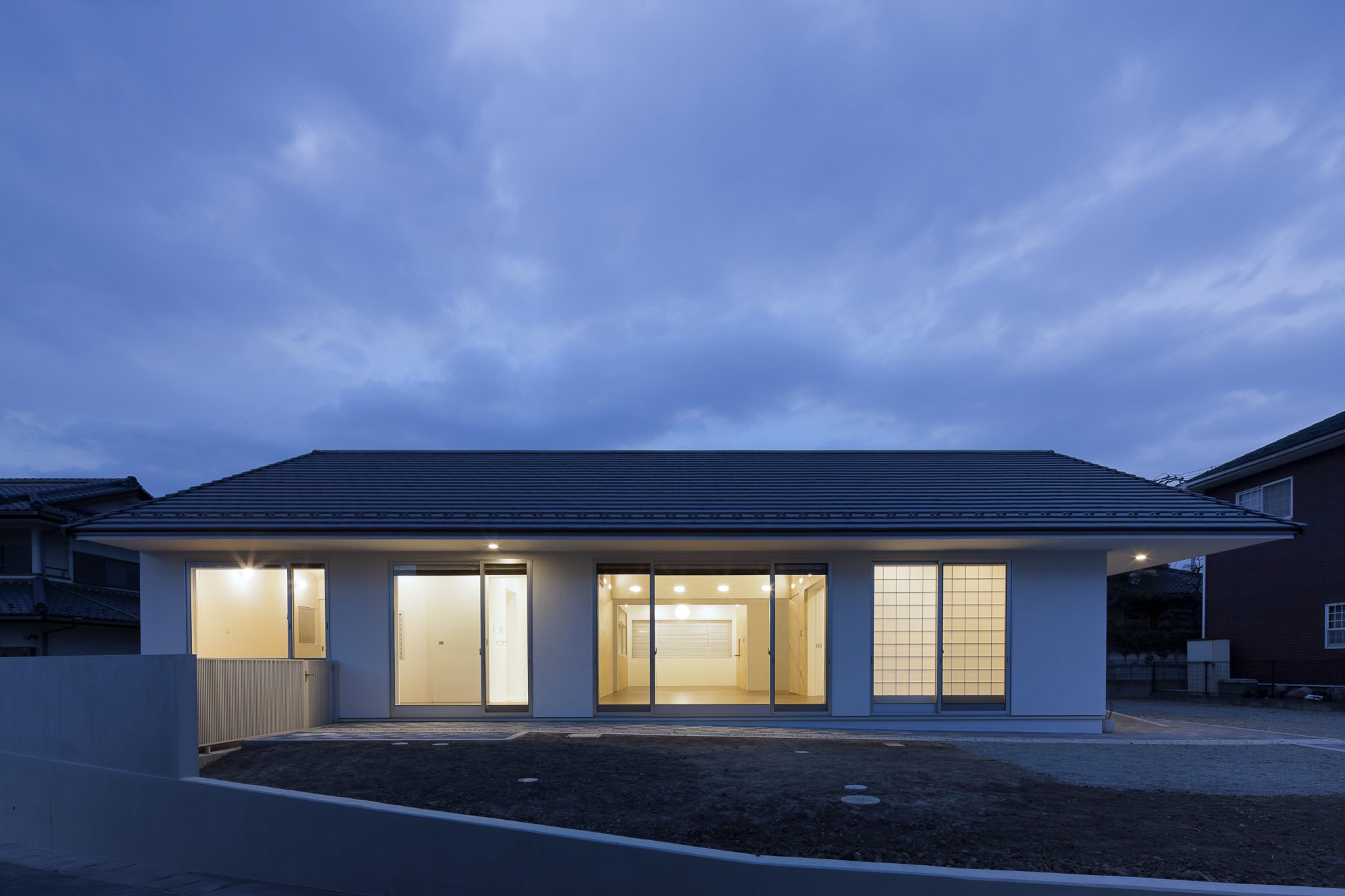 This is a house for a three-generation family (grandmother, mother, and their son) who had lived in a traditional Japanese-style center-corridor house in Yamanashi Prefecture about 100 kilometers west of Tokyo. They had to move because a road was to be constructed on their site. Now they need a new house and we wondered if they liked the existing house or not. We first thought they didn’t like it because it seemed to have many problems. It was, as already mentioned, a traditional Japanese-style center-corridor-type house where center corridor running from east to west divided the house into south part and north part. South part was almost exclusively used as the space for father and his guests. North part was used for family dinning, kitchen, and other individual rooms. This composition reflected the patriarchal authority system of the old days.

Based on the assumption, we proposed several ideas which had nothing to do with the existing building. Apparently, they didn’t like our ideas and preferred the existing composition. Then we asked them if they feel like preserving something from the existing house where they had spent their whole life. They said yes. It seemed they liked the old style unconsciously. We decided to maintain the traditional composition but added two more corridors on the north and the south so that they could move more easily and actively in the house. Moreover, the plan allowed to use the south corridor as the veranda and the north corridor as an access to the closet.

As for the exterior, we used Japanese roof tiles (kawara) on the roof, maintaining the same incline as the existing one. The finish of the wall was white Japanese stucco, a typical finish in that local area. We ended up utilizing the shape, finish and the diagram of the traditional Japanese style, but somewhat excessively. This house was built to preserve the memories of the inhabitants and, at the same time, it aimed to establish a new living style in a local area of Japan.