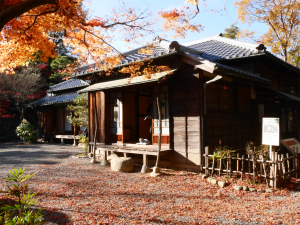 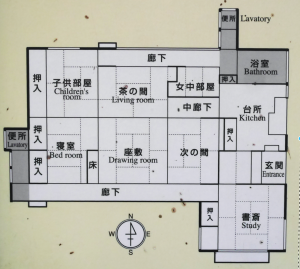 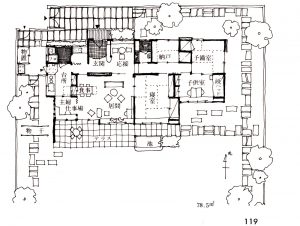 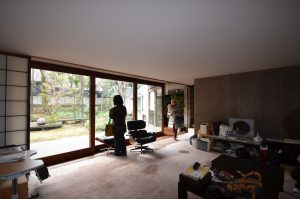 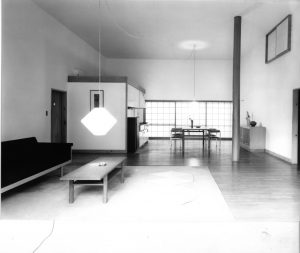 In Japan, how did these concepts develop and affect architecture? In Japan, unlike Europe, domesticity was not firmly established during the 19th century. The first half of the century belonged to the Edo period[1], when Japan was a feudalistic state and patriarchy was firmly embedded in the society. The country opened its doors to the outside world in 1868 and Meiji era started. Majority of the homes belonged to the middle class, which had a guestroom for the head of a family in the center, emulating the patriarchal design of a samurai warrior’s residence (shoin dukuri – see figure 1).

A typical example is the house of Soseki Natsume, one of the most famous novelists in Japan’s literary history (fig. 2). In this house, the entrance is directly connected to a study for the head of the family (a remnant of shoin – a master’s study) on the left, and to a waiting room and a drawing room to receive guests to the front. This type of a house, which is built around a reception area for the head of a family, was slowly replaced by more family oriented house that has a living room in the center, in the 1920s. (Seizou Uchida et. al, Pictorial of Modern History of Japanese Houses, Kajima Press, 2001) [1] 1603 – 1867
In 1916, Jyutaku Kairyoukai (Society for Home Improvement) was established, which held a design competition as a part of its activities in search of new type of residence that takes gender equality into consideration (fig. 3).  One of the designs that received an honorable mention at the competition shows that a housewife’s work areas are located in a preferred side of the house, that is, the south side facing the garden.  On the other hand, a reception area is placed right next to the entrance, facing north[2]

2.Avant-garde and domesticity in modernism architecture

In Japan, houses that placed domesticity at the core of the design started to be built around the 1920s, when modernity was leading the collapse of traditional domesticity in modernism-centered Europe.  It was triggered by the critiques for the traditional house design, which was influenced by the information belatedly imported from Europe.  Simultaneously, information on modernism architecture was also brought in.  In Europe, domesticity established in the 19th century was torn apart by the modernity of the 20th century.  In Japan, as the concepts of domesticity and modernity were introduced almost at the same time, there was little time lapse between a birth of design that combined modernity and domesticity, and that of avant-garde design that put much emphasis on modernity.  Many of representative architects for the former were from Tokyo University of the Arts, including Jyunzo Yoshimura (1907 – 1997), Mayumi Miyawaki (1936 – 1998), and Yoshihiro Masuko (1940 – ), together with Taro Amano (1918 – 1990) and Masako Hayashi (1928 – 2001).  Architects belong to the latter group are represented by the school of Kazuo Shinohara (1925 – 2006), including Toyoo Itoh (1941 – ).A representative work by Masako Hayashi is called “Our House (fig. 4)”. It demonstrates warm domesticity by placing a living room in the center of the house, which is surrounded by a dining room and other rooms.  On the other hand, a representative work by Kazuo Shinohara called “House in White (fig. 5)” features a living room that creates a strong impression with its high ceiling and white walls, isolating itself from other rooms in the house.  Its artistic appeal implies a denial of a traditional idea of a family home. In the mid-20th century Japan, two types of modernity – masculine modernity and feminine modernity – were simultaneously displayed in residential house designs.

Toyoo Itoh, a Shinohara-school architect, was designing a house in Nakano-Honcho for his sister, he was aggressively pursuing the avant-garde style of Kazuo Shinohara, his mentor.  Later, around the time when he designed “Silver Hut” in 1986, his style began to change to give greater considerations to the inhabitants’ domestic activities than the modernity, bringing the former to the front and taking the latter to the back, and held back artistic statements by the architect.  It doesn’t mean, however, that he returned to modern domesticity explained above.  In fact, what he did was to invert the key traits of modernism architecture – simplicity, integrity and authenticity – to bring vagueness, softness, and cuteness (kawaii) to the front.  Many Japanese architects in the early 21st century followed his style.  Tomoharu Makabe, an architecture critic, called it a “kawaii architecture (cute architecture)” and summarized its key characteristics as follows:

Not complete but incomplete irregularity

According to Makabe, the “kawaii architecture” has been developed along with the changes in Japanese social structure, from patriarchic to matriarchic.  During the ultra-high economic growth era after World War II, Japanese fathers spent long hours in the office and came home very late, only to sleep.  Meanwhile, the role of a head of a family has been gradually transferred to mothers, and the bond within maternal line has been enhanced.

In Japan, unlike Western Europe , domesticity – femininity – was not established in the design of residential houses in the 19th century.  The idea was imported, almost simultaneously, with the concept of modernity – masculinity – in the 20th century, and both were embraced by different schools of architects and realized in physical architecture. In fact, the both schools pursued modernism architecture.  Therefore, in the 20th century Japan, two types of residential designs, modern domesticity – femininity, and modern avant-garde – masculinity, co-existed.  As Makabe pointed out, new architecture, developed as a reaction to the modern avant-garde architecture, has become a part of “kawaiiarchitecture” – femininity – in the 21st century.  In today’s Japan, this feminine architectural style is getting attentions of the society. 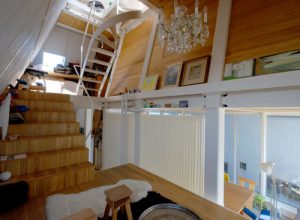 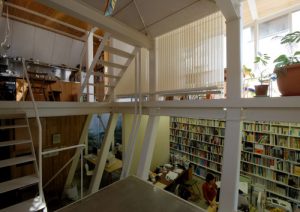 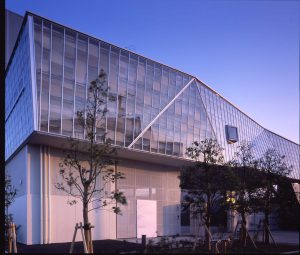 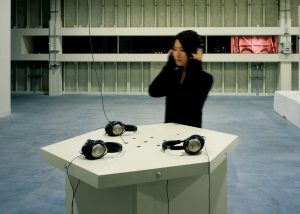 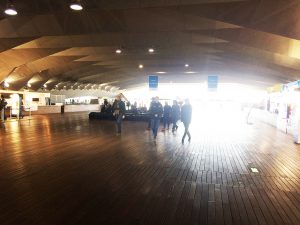 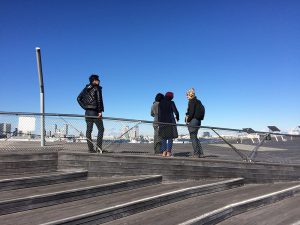 Housing＋α：common space for both residents and neighborhood 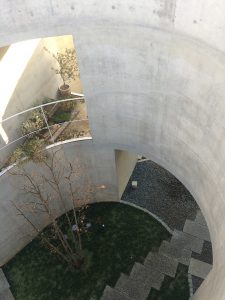 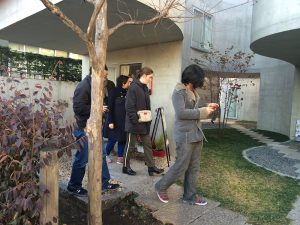 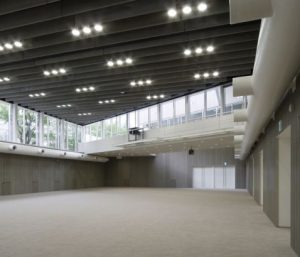 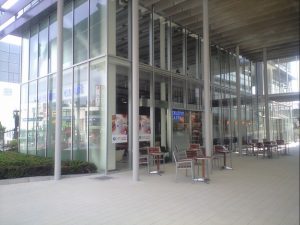 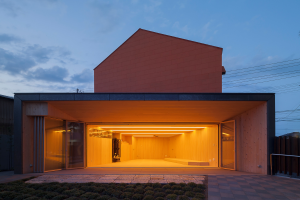 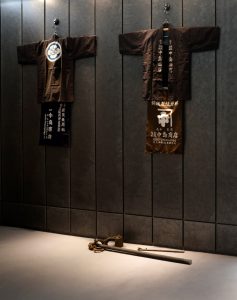 Three years ago, I wrote a book entitled alpha space with Yoshiharu Tsukamoto of atlier Bow Wow. It is a book about a workshop taken place in Buenos Aires the previous year. An assignment to participating students at the workshop was to design a house in Araki-cho, located in the center of Tokyo and a former red light district, remnants of which can still be felt in many small bars and restaurants. The assignment was not only to design a house, but a house with an extra space where people in the neighborhood can drop in, and have contacts with its inhabitants and other visitors. We call it an alpha space. We wanted the students to think about the publicness of architecture for not only the so-called public buildings, but also private buildings.

The second reason is as follows. As you know, we had a big earthquake in northern part of Japan in 2011. I was outside of Tokyo and having a meeting with my clients near Nagano city that day. When it happened, we were startled and ran out of the building. After the quakes subsided, we came back in and watched the news on TV. It was shocking to see not only the scenes of devastation in the hardest hit area, but also the big confusion in Tokyo, which is far from the seismic center. I saw so many people trying to go home on foot, because all public transportations were out of operation. It was just like watching a disaster movie. Sidewalks of the boulevards were crammed with people, and finally many of them gave up going home and decided to go inside public buildings to take a rest or a nap. Some of the public buildings, however, decided to shut them out, while some private buildings’ owners were so generous to accept them. I was impressed with the behaviour of private owners, and convinced of the possibility that even private buildings should have publicness, especially under a situation like this.

Here is the third reason. After the bubble economy burst, almost all the central districts of local cities in Japan started to find the so-called shutter streets, where many shops went out of business and are left empty with closed shutters. You can see few people on the street, and the cities are obviously less prosperous than before. Big shopping centers in the suburbs may have stolen the shoppers. Maybe decreasing population is to blame. Unfortunately, shop owners lacked efforts to revitalize declining streets.

The shutter streets are seen in Tokyo, too. Photos of the Araki-cho project house are shown below. As I mentioned earlier, it is an area where small-scale buildings have been preserved and the publicness of the bars and restaurants has been maintained continuously. In fact, if a big scale housing is built and the continuity of the publicness is broken, street activities will disappear and the street will die.

From these three standpoints, we proposed alpha space as the device to open up the architecture to the public. Also, I would like to introduce contemporary architecture which have been successful in realizing the concept of alpha space.